On the 20th February 2013, Sheffield Council Ranger Chris Roberts, assisted by two of his colleagues, ran a wonderful Fun Day for Children in Gillfield Wood.

Sixteen children of various ages turned up for the event on that chilly winter morning.  All the children, wrapped up warm, were accompanied by adults who were only too happy to get involved and lend a helping hand when needed.

The challenge set for the children was to build shelters from branches and brash found on the woodland floor.  Some plastic sheeting had also been brought along for them to add a little bit extra to their shelters.  With great enthusiasm the children set about the task and before too long a wide variety of colourful constructions stood in a clearing inside the wood.

After expending all that energy the children were shown how to carefully and safely make a small fire and before too long they were sitting around the camp fire with hot drinks whilst being shown how to make some small pieces of charcoal.  Then with great excitement they returned to their shelters in anticipation of the “wind and rain” test.  Quite what that involved they did not know.

All however became clear.  As they crouched inside their shelters, the Rangers created a perfect storm by shaking their constructions and pouring a bucket of water over the plastic coverings to see just how secure and waterproof each shelter was.  With cheers and screams of delight from inside the shelters, the children were totally involved in their day of fun in a beautiful woodland setting.  And so it was, they returned home happy, having taken part in a special day outdoors and, of course, they were all very proud that their shelters had survived the vigorous test.

Our thanks go to Chris Roberts and his team, for their time and effort running such a successful event in our wood.  Chris Measures, representing FoGW, was in attendance and he really enjoyed himself too! 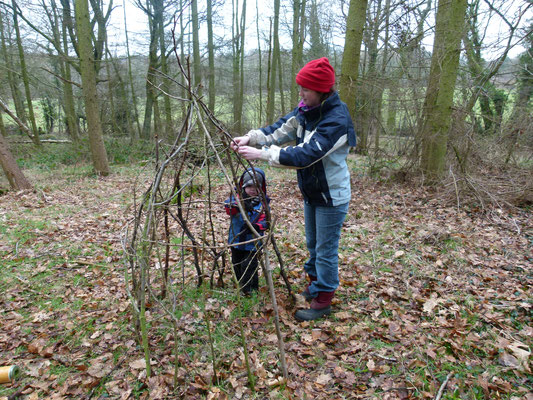 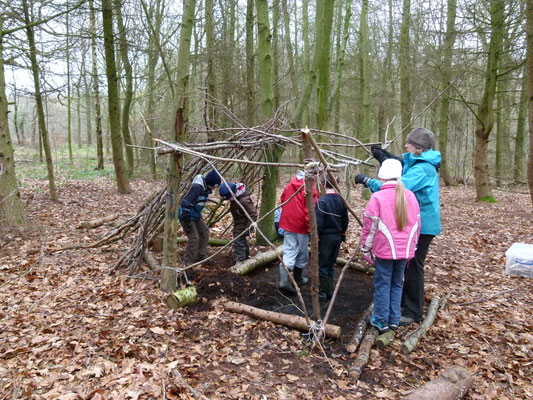 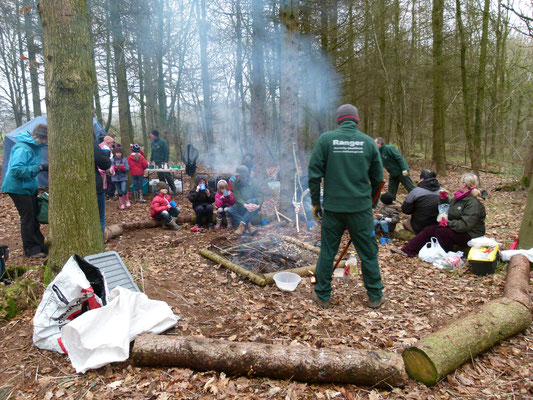 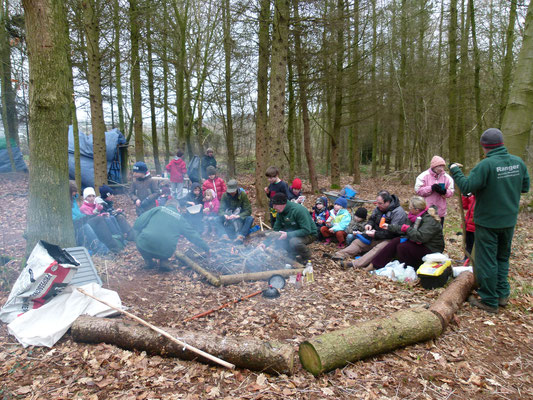 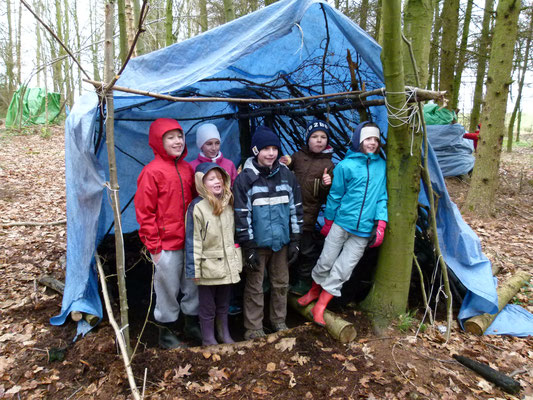